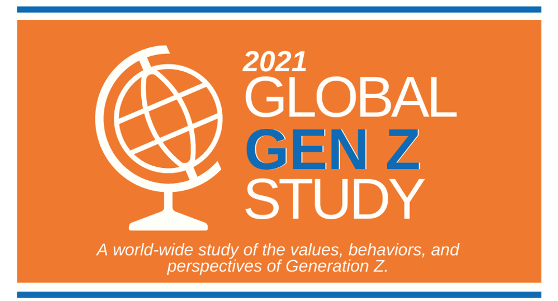 Overview of the Study

As the Big Zs, who are the older, first half of the generation (born 1995-2001), move further into adulthood, the Little Zs at the start of the second half of the generation (born 2002-2003) are navigating their new young adult lives during an unprecedented time in history. While much has been studied about the older half of Generation Z, this younger cohort may look different.

Do today’s college-aged Gen Zers (Little Zs) have the same characteristics, outlooks, and behavioral preferences as their older Gen Z counterparts when they entered college seven years ago? Or, have recent events made an impact on how this generation sees and navigates the world? Findings from this study can be used to help schools, higher education institutions, parents, and others in better understanding how to support and leverage Generation Z’s academic success, health and wellbeing, career preparation, and social engagement, especially given that what Little Zs may need could differ from what Big Zs did when they were the same age.

Early studies about Generation Z (focused on the Big Zs) were often conducted independently by researchers in various countries regarding their specific populations. While this is useful from a national perspective, being able to truly compare data across geographic boundaries has been limited as the studies being used for comparison were often entirely discrete from each other with different methodologies, survey questions, and even timing.

This study aims to bring together researchers from around the world to garner participation in a joint research initiative, where the study is coordinated, both in using comparative survey questions (adjusted for linguistic and cultural appropriateness) as well as employing the same methodology and analysis procedures for validity. Doing so will allow for more direct comparisons between countries as researchers in all participating nations grapple with the transition of the Little Zs into adulthood.

Click here to learn about who is on the Global Gen Z Research Team.

See a copy of the Wright State University IRB Letter of Exemption.